A Welsh adventurer has become the first person to walk the length of the river Yangtze solo after a year of trekking through China.

Ash Dykes, from Old Colwyn, Conwy, began his journey at the source of the river on the Tibetan plateau and finished near Shanghai on Monday.

But his finish was delayed by two days after Shanghai was hit by Typhoon Lekima over the weekend.

Mr Dykes said his river walk would "go down in the history books".

He was greeted by well wishers and media outlets as he finished his trek. 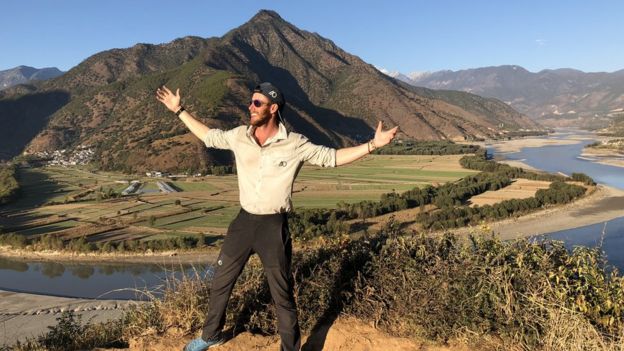 The river Yangtze, at 3,900 miles (6,300km), is the third longest in the world, behind the Nile and the Amazon, and the longest to flow through a single country.

Mr Dykes said being the first to walk the entire length of the river has attracted a lot of attention in China, and has involved photo shoots with Adidas, GQ magazine and martial arts actor Jet Li.

"It's big news here. I've been doing a lot of TV and magazines. We've done an international and a China documentary," he said.

"I wasn't expecting a lot of this, it has blown up. My book is being translated into Mandarin and I feel it's just the beginning."

He said at the start of his journey he wanted to raise awareness of the country's biodiversity and uncover a side to China westerners rarely see, as well as highlighting environmental issues.

But the trek has not been easy.

"The start was actually the most difficult," he said.

"I was at 5,100m (16,730ft) - so five times the height of Snowdon and the same height as Mt Everest base camp. We had a lot of people turning off through altitude sickness or injury," he said. 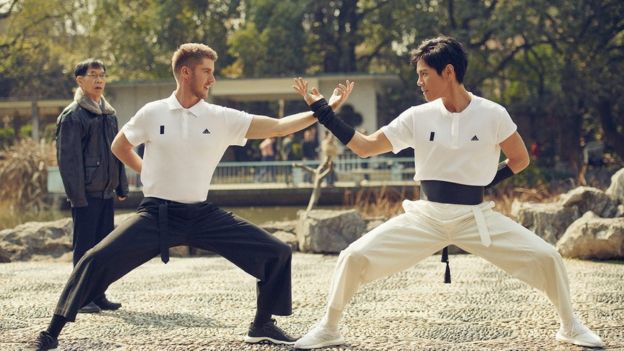 "There was a two-month delay to get started. When I finally got there it was starting to turn into winter, there were the first snowfalls and it was falling to -20C.

"The bears were coming down off the peaks of the mountains because it was too cold and they were hunting. We were just walking calories to them."

Mr Dykes said this journey had been his most difficult and he felt at his "most vulnerable" during his time on the Tibetan plateau, but said his adventures will get "more ambitious".

"I think the way to do that is to do it clever. This is just the start for the China market."